On October 23rd, the supportive housing community came out for a fabulous party, dedicated to looking back at our proudest moments over the year and honoring our greatest advocates.

Over 600 people filled the grand Capitale in New York City to reconnect and meet new colleagues in a festive environment. Attendees saw themselves on the big screen with a slideshow displaying a year’s worth of events, groundbreakings, ribbon-cuttings, and more. The evening was also for honoring key individuals with awards that recognized their enormous role in protecting vulnerable New Yorkers through supportive housing.

The official program kicked off with Laura Mascuch, the Network’s Executive Director, warmly welcoming the crowd. She then introduced Vicki Been, NYC Deputy Mayor for Housing and Economic Development, who in turn expressed admiration for the community’s dedication to ending homelessness.

Brenda Rosen, Chair of the Network’s Board of Directors and President/CEO of Breaking Ground, took the stage to introduce the evening’s first awardee: Stephen Levin, NYC Council Member for District 33, as Government Partner of the Year. Highly deserving of the award, Stephen spoke with first-hand experience about the benefit supportive housing provides to New York City.

The Network recognized two Outstanding Tenants of the Year: Doniqua Earl, a resident of The Bridge’s Herkimer Street Residence, and Daniel Broome from Services for the UnderServed and Breaking Ground’s 1191 Boston Road residence. A video highlighted each individual’s inspiring story to date before Doniqua and Daniel came up to accept their awards and give brief remarks on stage.

David Walsh, Executive Director of JPMorgan Chase, presented the Network’s very first Partnership of the Year Award to Bronx Pro Group and Services for the UnderServed. Samantha Magistro, Managing Director of Bronx Pro Group, and Donna Colonna, CEO of S:US, accepted the awards on behalf of their organizations, which have built hundreds of supportive housing units together and counting.

The awards program concluded with a major celebration of Linda Glassman, whose career of service to homeless and vulnerable New Yorkers over 40 years in nonprofits and now at the NYS Office of Temporary and Disability Assistance earned her the 2019 Unsung Hero of the Year Award. David Hansell, Commissioner of the NYC Administration for Children’s Services, introduced her with high praise.

The Gala concluded with more networking and cocktails. We also thank all the sponsors of the evening for their generosity and continued support of the Network! 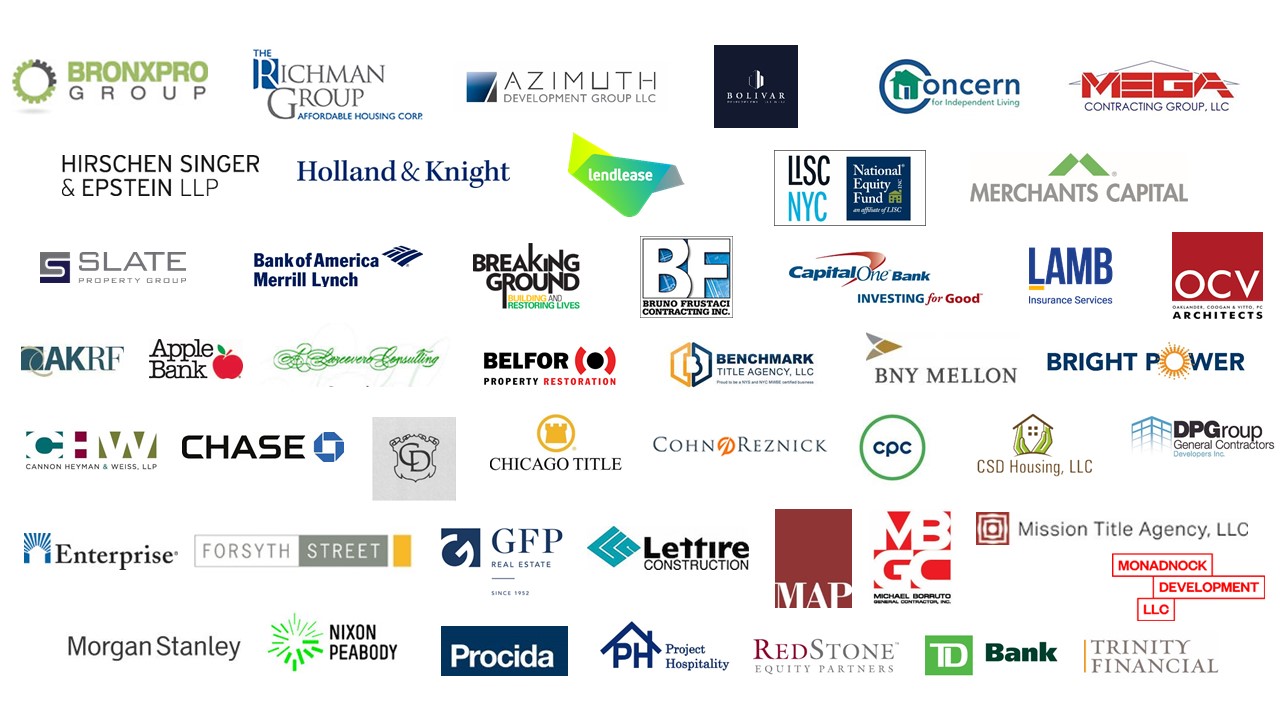