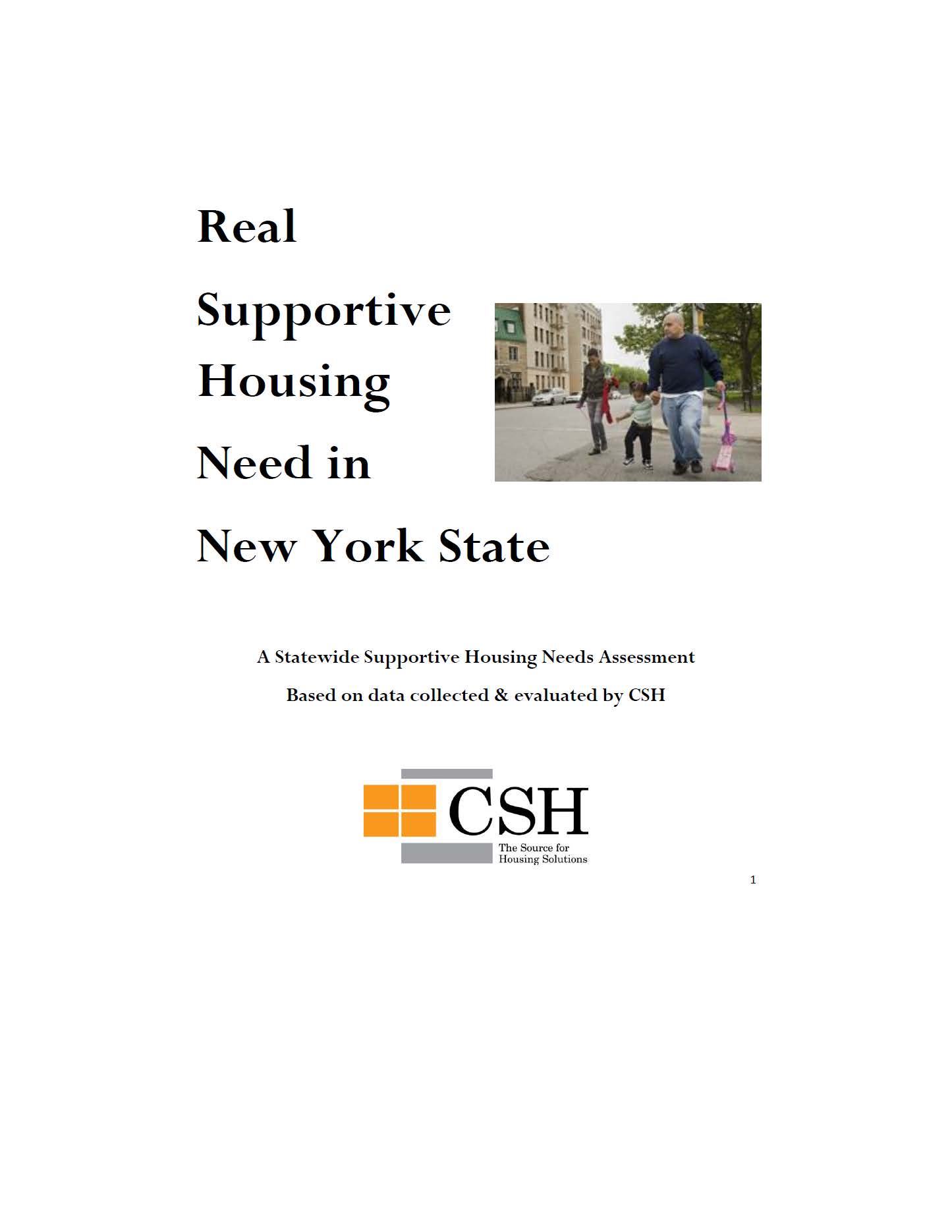 In the first-ever data-driven attempt at assessing the total need for supportive housing in New York State, CSH released Real Supportive Housing Need in New York State October 26th. The product of more than ten months of data collection, interviews with more than 100 stakeholders and vetting by all major state and local government stakeholders, the assessment estimates that 36,164 homeless households (30,311 adult, 5,853 families) were in need of supportive housing in 2013. The assessment did not attempt to capture the percentage of people in either the corrections or domestic violence systems that are in need of supportive housing.

Using estimates for turnover, the study puts the current need for additional supportive housing at 31,745 units.

While the assessment struggles with limitations stemming from differing definitions of homelessness, the estimate drew from data from 30 Continua of Care’s Point in Time (PiT) counts supplemented by other local, state and federal sources. The final report distilled input from more than 100 stakeholders, including representatives from more than 30 government agencies. The report went through multiple vetting processes.

To calculate the projected turnover from vacancies, CSH used data from the Homeless Inventory Count (HIC), which tracks all beds designated for homeless people in each CoC and does not include, for instance, OMH-funded units.

The assessment was funded by the New York State Health Foundation (NYSHealth) and the Robin Hood Foundation. To read the report click here.