On April 24, 2018, the Committee on General Welfare, chaired by Council Member Stephen Levin, held an oversight hearing to examine the progress of the City’s new supportive housing program, NYC 15/15. 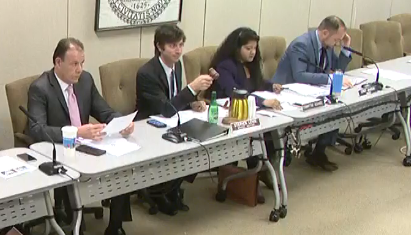 City Council Speaker Corey Johnson initiated the hearing with positive remarks on the effectiveness of the supportive housing model, and his support for it.

“Supportive housing, which began in the 1970s in response to the homelessness crisis in New York City, is considered the most successful existing model for ending chronic homelessness among vulnerable populations,” he said.

He also expressed his commitment to ending homelessness and urged all those present to do everything they can to develop more supportive housing as quickly as possible. “There are homeless people everywhere, living on the streets, and it’s heartbreaking,” Johnson said.

Commissioner Steven Banks of the Human Resources Administration (HRA), Maria Torres Springer, Housing Preservation and Development (HPD), and Molly Park, Deputy Commissioner for Development at HPD were the first to testify at the hearing.

Commissioner Banks and Commissioner Torres Springer gave an update on the progress towards NYC 15/15 and discussed the issues slowing down progress. Of the 15,000 units in the plan, half are planned as scattered site supportive housing and half as part of single-site, or congregate, residences.

“Through the 15/15 plan thus far, we have made 1,426 awards to providers, including 505 scattered and 921 congregate units,” Commissioner Banks stated. “337 clients have already moved into units, 170 more are already linked to units and are in the process of moving in,” he added.

Commissioner Banks also identified the tight market for apartments at affordable rents, which have a vacancy rate of 1.15%, as one of the main reasons slowing down the pace of scattered site supportive housing.

Commissioner Torres Springer too described the long lasting benefits of supporting housing in her testimony, including the fact that for every supportive housing unit tax payers save $10,000 per year in public resources. She then turned the conversation back to the council members and asked for their help to overcome the biggest challenge facing any new supportive housing: building community support.

“We need your help in combating the misperceptions associated with homelessness and supportive housing. Communities across the city need to know that they cannot be opposed to the siting of homeless shelters and to the siting of permanent housing for formerly homeless and supportive populations that would ultimately reduce the need for shelters. One is a key solution to the other, and opposing them both gets us nowhere,” she said.

Most of the Council Members present voiced their eagerness to develop more supportive housing.

“First of all, as you’ve heard from the Speaker, this body is committed to assuring that we help develop as many supportive housing units as possible. So, we not only talk the talk, but we walk the walk and you’ll have great partners moving forward,” Council Member Gjonaj assured the audience.

The Network’s Executive Director, Laura Mascuch, who also serves as the Co-Chair of the New York City Coalition on the Continuum of Care (CoC), the planning body that serves to allocate HUD funding for homelessness and permanent supportive housing programs also testified at the hearing. She spoke about the recommendations from the Mayor’s Task Force on Supportive Housing, which were incorporated into NYC 15/15, significantly improving the model and ensuring its success in reducing homelessness. She also reiterated the need for support from council members in overcoming community opposition.

“Apart from the dearth of affordable appropriate land on which to build supportive housing, the single greatest impediment to developing new residences is local opposition, often based in misinformation and fear. We look to the City Council for leadership in this area,” she remarked.

The hearing concluded with Committee Chair Stephen Levin emphasizing the need to move people out of the shelter system and into supportive housing and working more diligently to ensure that all who do need supportive housing, get it.