Canadian Study: for Every $10 Invested in Supportive Housing for Most Vulnerable, $21 Saved

The Mental Health Commission of Canada engaged and followed more than 2,000 participants for two years and implemented a five-city supportive housing program using a Housing First (HF) approach using randomized control groups. For the highest needs users, the top 10% of those served, every $10 invested saves more than $21 in public costs. 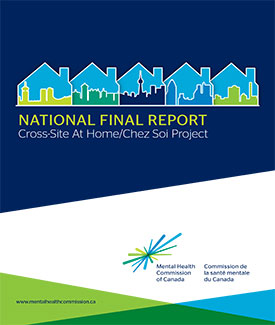 The Mental Health Commission of Canada followed more than 2,000 participants for two years and implemented a five-city supportive housing program using a Housing First (HF) approach using randomized control groups. This is the world's largest trial of HF to date.  Housing First is an approach to supportive housing. Their final report was recently released.

The outcomes are impressive: investing in supportive housing for those with high needs saves money and leads to better longer term housing outcomes.

The study also found that HF rapidly ends homelessness, and that HF can be effectively implemented in cities of different sizes and different ethnoracial and cultural compositions.

Most participants were actively engaged in support and treatement services through to the end of follow up.  Many individuals with previously unmet needs were able to access appropriate and needed services during the study.

Having a place to live with supports can lead to other positive outcomes above and beyond those provided by existing services. Quality of life and community functioning improved for both highest needs and moderate needs participants, and these improvements were significantly greater in those in supportive housing in the HF model than in the control group.