Government Partner of the Year Award 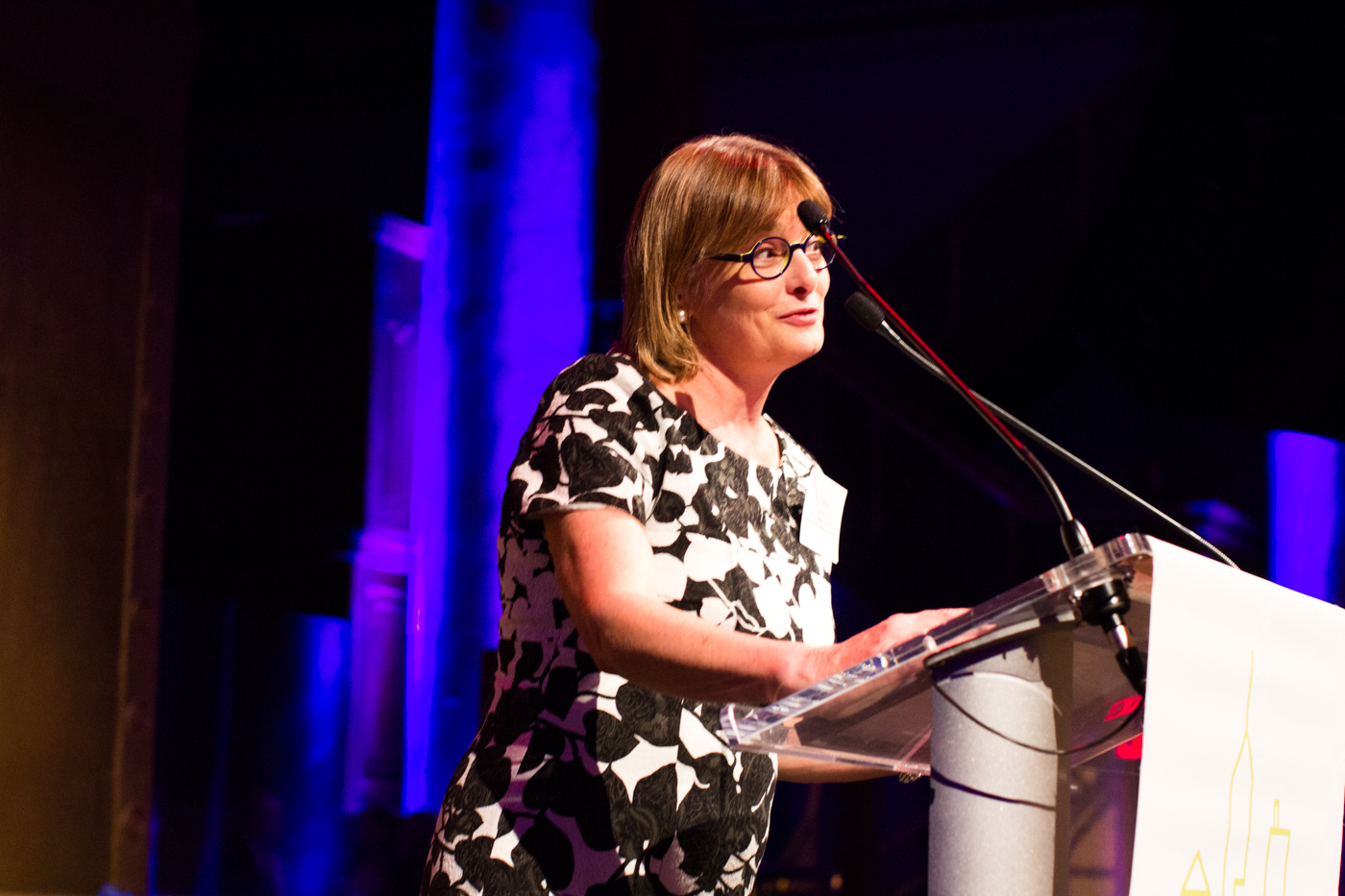 While Vicki Been has not been Commissioner of HPD very long, she has already played a major role in helping shape one of the nation’s most ambitious affordable housing plans, Mayor Bill de Blasio’s Housing New York, a bold initiative to create or preserve 200,000 affordable homes and apartments over 10 years.

Commissioner Been is currently leading the implementation of Housing New York, make housing more affordable for lower income New Yorkers and targeting significant resources toward the City’s most vulnerable residents. The comprehensive plan tackles homelessness head-on with commitments to: working with the state to expand supportive housing; engage in efforts to end veteran homelessness; and develop creative solutions and programs to house homeless families.

Former HCR Commissioner (now with Nixon Peabody) Deborah VanAmerongen says, “Vicki is a champion for the affordable housing community, and a stalwart supporter of supportive housing in particular.  Since taking office she has been open to discussion with The Network and is working with the Administration to push for a NY/NY IV agreement with State. We are fortunate to have her working on our behalf.”

Prior to her appointment as HPD Commissioner, Ms. Been was Director for NYU’s Furman Center for Real Estate and Urban Policy, a nationally renowned academic research center devoted to the public policy aspects of land use, real estate and housing development. She also served as the Boxer Family Professor of Law at NYU School of Law and Affiliated Professor of Public Policy at NYU Wagner Graduate School of Public Service.

Ms. Been’s scholarship at the Furman Center focused on the intersection of land use, urban policy and affordable housing, and addressed how to build more resilient and inclusive communities, and the fairness and effectiveness of foreclosure responses such as mortgage modifications.

Ingrid Ellen of NYU’s Furman Center says, “Vicki brings both exceptional analytical rigor and an unwavering commitment to affordable housing policy and supportive housing in particular.  As my partner at the Furman Center, she consistently pushed us to produce research that would be useful to the policy makers and practitioners who create and manage housing for vulnerable households.  In the area of supportive housing, she led us to conduct a study of the impacts of supportive housing on surrounding communities, which debunked the commonly voiced claims that supportive housing developments reduce the value of neighboring properties.”

Earlier in her career, Commissioner Been published work highlighting the importance of siting fairness and combating “NIMBY” objections to supportive housing.

For her seminal research on supportive housing and her inspired leadership in expanding supportive housing to create a more humane New York City, Vicki Been is recipient of the Network’s 2014 Government Partner of the Year Award.