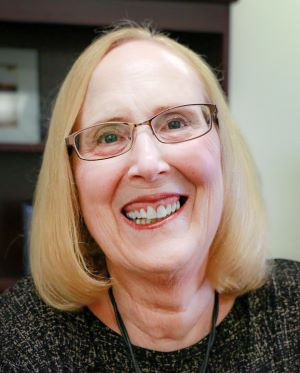 Linda Glassman is the epitome of an unsung hero: a visionary, often behind the scenes, in the fight to end homelessness for New York’s most vulnerable for over 40 years.

For the last 11 years, Linda has led the field through her role at the New York State Office of Temporary and Disability Assistance (OTDA). She is currently Deputy Commissioner for Housing, Refugee Services, and Disability Determinations, overseeing the hugely important Homeless Housing and Assistance Program (HHAP), which has helped fund over 16,000 units of supportive housing.

Some of the state’s most critical supportive housing programs have Linda’s tenacity and strategic mind to thank for survival, including the NYS Supportive Housing Program (NYSSHP), for which she played a key role securing funding over the last several years. In 2011, she and her staff masterminded the restructuring of OTDA’s supportive housing service programs, merging the former Supportive Housing for Families and Young Adults program with the former SRO program.

“All of us at OTDA are excited that Linda is receiving this honor and grateful to her for her countless amazing accomplishments over the years of service to New York State,” said NYS OTDA Commissioner Mike Hein. “She is a thoughtful, compassionate, and tireless leader, fully committed to the idea that supportive housing is fundamental to helping people experiencing homelessness get on a path to stability and independence.”

“Linda is a driving force for helping persons experiencing homelessness and unstable housing across New York State,” said Perry Junjulas, Executive Director of the Albany Damien Center. “Her support of grassroots organizations such as ours since the start of the epidemic continues to change lives to this very day.”

Linda played a key role in the statewide implementation of Continuum of Care programs beginning in 1994. She was an indispensable part of building New York’s first-ever Interagency Council on Homelessness and in 2008 was entrusted with creating her agency’s Center for Specialized Services, which at the time included its entire homeless housing and prevention portfolio.

For a career of championing the most difficult causes and seeing them through to success, the Network is proud to name Linda Glassman the Tim O’Hanlon Unsung Hero of the Year.